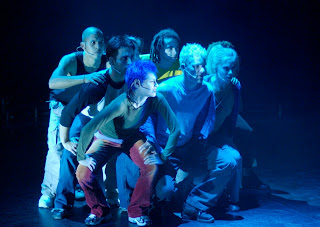 The ensemble, the JMP production, photograph by David Cooper

"In Canada and around the world, the arts are increasingly used as potent tools in social change and social innovation agendas, in poverty alleviation, health promotion and training, in many forms of education, in social justice, inter-cultural and environmental work and in many other settings. In the process of art making, diverse populations are engaged in imaginative expression helping to create insight and understanding, social cohesion, engagement, hope and new solutions. Whether the work creates employment, explores issues of racism, facilitates conflict resolution or HIV/AIDS stigma reduction, empowers women to assert their human rights, builds resilience in youth voices, strengthens marginalized communities, celebrates local histories, or simply provides new opportunities for expression and dialogue, art processes are highly effective tools for expanding and deepening knowledge and insight, for the creation of imaginative empathy and engagement and perhaps most importantly for engaging with the social issues themselves."

(look for the complete article in the upcoming book, "Creative Arts in Research for Community and Cultural Change")


Judith Marcuse has had a distinguished career as a dancer, choreographer, teacher, director and producer in work for dance, theatre, opera, television and film. Her commitment to the marriage of artistic excellence and social relevance and her passion to integrate art in community life is at the core of her work in the theatre, the lecture hall, behind and in front of the camera and in her writing. Among her many honours she has received Canada's two major choreographic awards, the Chalmers (1976) and the Cliford E. Lee (1978). In 2000 she was awarded an honorary doctorate from Simon Fraser University. 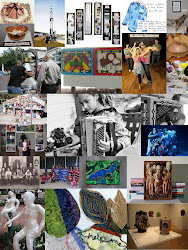